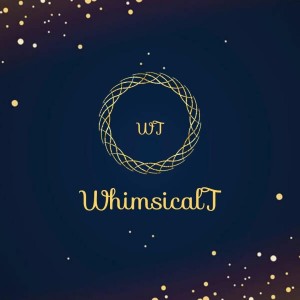 Sport lock-down: How clubs are forced to take care of digital

With the global lock-down and social distancing, many sports clubs are forced to either completely shut down or adjust the way they do things.

Some clubs have decided to proceed with playing games with no audience; other clubs train their players by implementing social distancing at practice while others have decided to engage in more charitable causes.

It is already hard enough for people to adjust to a new routine but it is even harder for many companies. This is why, now, is the perfect time to adjust the business and look for new opportunities. Why do clubs struggle with the current situation?

With games either being completely suspended or played in empty stadiums in the nearest future, many clubs are losing money. This is because one of the most common ways clubs earn money is through the sell of tickets to games and by selling merchandise during sports events.

One way to tackle this is to sell tickets to a virtual game similar to what Lokomotive Leipzig did. They sold tickets for the game, which will never happen with the aim of beating the record set in 1987 when 120,000 fans attended UEFA’s semifinal match against Bordeaux.

Another way is to engage your fans similarly to what F1, for instance, is doing with its Instagram channel. They occasionally post quizzes or live stream interviews with the drivers or various teams.

Digital presentation of the history

In crisis situations, the relationship between clubs and their fans is more essential than ever. That’s why it is recommended to keep your fans engaged and communicate your plans with them. You could do this in the form of quizzes/polls, re-posting old content such as your past games, or simply by showing what their favorite players are doing during the crisis.

Moreover, by going digital, fans will be more than willing to go out and watch the games therefore the stadiums would be full. However, it would be nice to give your fans heads-up by posting your planned matches so they can incorporate them into their schedule.

Virtual Competitors should be friends

With the internet and most people spending more time at home than ever before, sports clubs appear to have competition with other entertainment channels such as Netflix, TikTok, Facebook. Instead of competing with these entertainment channels, how about exploiting the opportunities they offer?

If your club (and players) has social media channels, you could work on building a content strategy to generate views from fans. Your fans are out there using the various platforms, so engage them with their favorite club and players.

This could be things as simple as showing an old memory, leaking very rare photos or videos from the past, or something from the present.  Since fans are loyal, it is likely that they will follow the content and be glad to see that their favorite players or clubs are still posting. Another way is to release ‘classical’ games on Netflix. However, these content engagement strategies must be kept even after the Covid-19 crisis.

We are all aware of the impact the current crisis has for sports clubs. Clubs should not communicate it everyday, instead, they should focus on the opportunities the internet provides. Even though, for many going digital feels like a daunting process now, it will create multiple benefits, such as:

Corporate Social Responsibility (CSR) is about engaging with society. It can take the form of doing a charity event or simply doing something nice for the local community.

AS Roma is a great example. They distributed care packages to their fans over the age of 65+ as well as bought some respirators for a local hospital. Even though this may not be seen as much, such acts generate a positive reputation for the organization. After the crisis, their fans would remember this act of kindness and will support them stronger than before.

With many companies being affected by the crisis, the clubs can still attract sponsors. This can be done just by thinking about how to promote their sponsors online (out of the stadium).

Modern technology allows us to promote others creatively, not just by placing the logo on the jersey or at the stadium but rather on our social media pages or simply giving a bit of history about the partnership of the two companies, or in such times, giving discounts to fans if they order something from the sponsors.

What clubs should do?

For clubs, it is of utmost importance to prepare for the perfect coverage of the first games without fans. This means that clubs should be ready to utilize TV and internet streams, website coverage, as well as displaying the matches on social media.

This means that they are pushed to focus on digital transformation since many of the duties during matches are either completely gone or simply produce less pressure.  Now is the time to implement and learn new technological methods that could help the clubs with their management which could save a lot of resources.

How can we help?

Sportigio’s SmartClub is one such solution. We have developed software for sports clubs, necessary in the digitization process. You can read more about this software on our last blog post: SmartClub revealed – digital (r)evolution in sports clubs

Do you want to work with us?

Check out our offer

Icons by FreePik on FlatIcons